Steve 'the luckiest man alive' Catlin took on the Great Hospital Hike to say thank you to each and every person at King’s who helped save his life, from the transplant surgeons to the refreshment team. 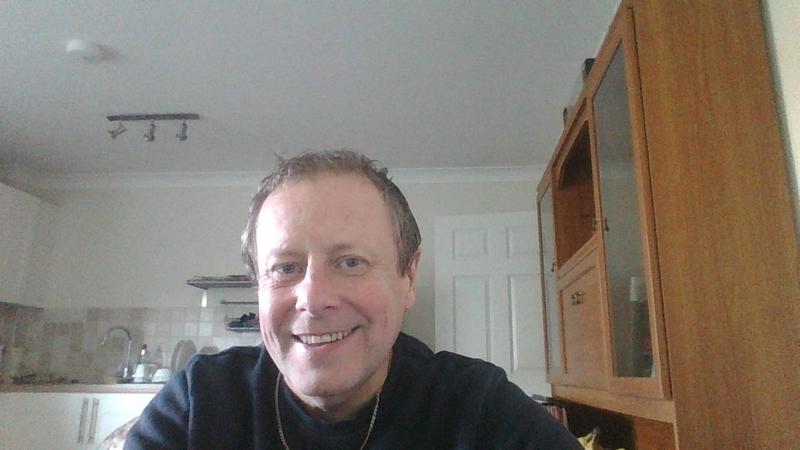 After obeying instructions to switch off his phone during a podiatrist appointment, he turned it back on 20 minutes later to discover three missed calls and an urgent voicemail from the transplant team at King’s College Hospital. They'd found him a liver!

Steve called them back immediately but was devastated to find out his window of opportunity had closed. He'd missed the call, and the liver had gone to the next person on the waiting list.

"But I was so lucky because two weeks later, I got another call," Steve says.   "This time, it was at 5am, and the phone was on loud so I definitely picked it up!

"I was taken to King's by taxi, admitted to the ward, and had to wait while the liver team assessed the new liver.

"A few hours later, the team came to me and said, 'all systems are go' and off we went!"

The operation was a success and after years of illness, Steve was on the road to recovery.

But Steve's luck didn't end there.

"After the surgery, the consultants explained that when they took out my liver, they found an aggressive cancer.

"If I had to wait any longer for the transplant, the cancer would have killed me, or it would have spread and they wouldn't have been able to offer me a transplant.

"They were all so shocked saying,  ‘you’re the luckiest bloke I have ever met!'”

After a three week recovery in hospital, Steve was allowed to go home.

He soon became determined to show his gratitude to King's staff, not only for saving his life, but for going the extra mile and caring for him when COVID-19 restrictions meant he was unable to have visitors come see him on the ward during the pandemic.

"When you’re sitting there alone in hospital for days on end with no visitors, you find you look forward to the small things" says Steve.

"No matter what time it was, the refreshment team at King's would always be there, bringing me cups of tea and cake.

"I was having nightmares while recovering from surgery and horrible flashbacks from my time in the military.  But the refreshment team were there when I'd wake up and were truly amazing.

"At Christmas, I went into the hospital for a follow up appointment and brought about 15 tins of chocolate.  I gave them out to everyone that helped me. Everyone on the liver ward; Chloe, the Senior staff nurse, and Matilda, the liver coordinator.  Everyone.  There was so much chocolate.

"I will never forget my transplant donor and the NHS for giving me the continuation of life.  100 pounds spent on chocolate is nothing compared to having my life back." 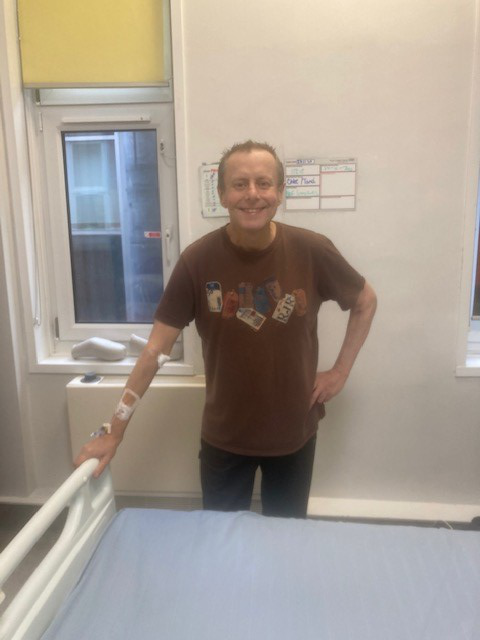 On 18 September, Steve went the extra mile at the Great Hospital Hike - a sponsored walk from King’s College Hospital in Denmark Hill to the Princess Royal University Hospital in Bromley.

He travelled 5 hours from his hometown to participate in the Hike, and raised an amazing £425 for King's.

"After the great service I had at King’s, I thought, what was a way I could give back?" he says.

"I was going to do the London Landmarks Half Marathon, but my Doctor advised me against running.

"I saw the Great Hospital Hike and I thought, I can walk that! I’ll have a go!" 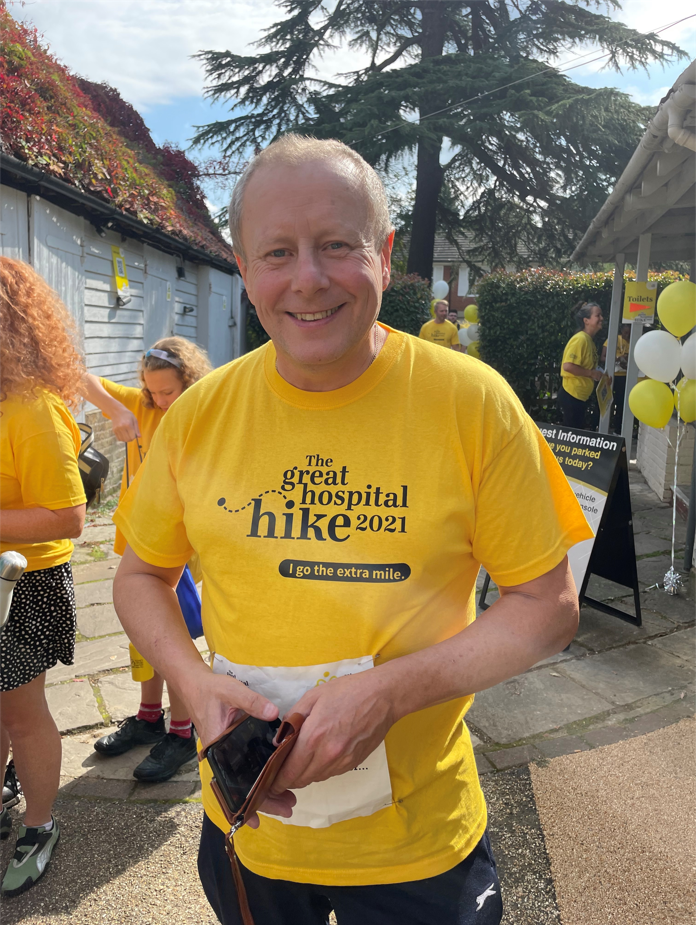 The Walkers walk for Amelie

"By raising money for King's, we would like to make a small contribution to ensuring that children from across the UK, Europe and further afield can benefit from world-leading liver care at King's.”

Every year since 2005, the Stuart Lyddon Appreciation Group (affectionally known as the S.L.A.G.S.) have held a golf day at Wexham Park Golf Centre to raise money for King's College Hospital Charity and to celebrate the life of their dear friend, Stuart.