The new Mayor of Southwark, Sunil Chopra, will be working with King’s over the next year to fundraise for our hospitals and promote awareness of the work we do as a charity. He explains to us his reasons for choosing King’s. 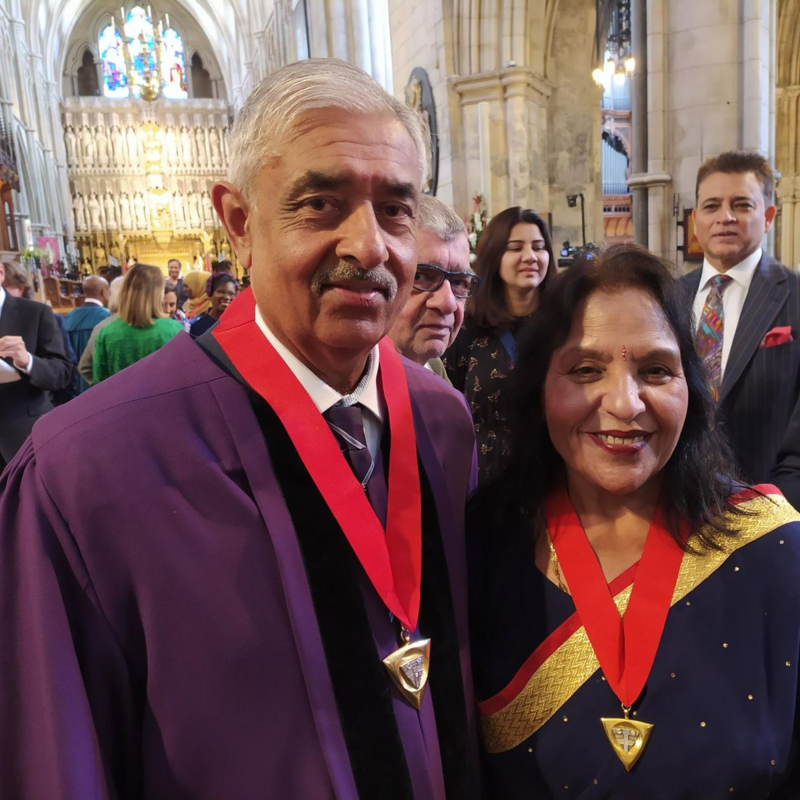 The Mayor of Southwark, Sunil Chopra, and his wife, Varsha

Every year the Mayor of Southwark selects a charity or two to raise funds and awareness for during the municipal year, which starts in May. The incoming Mayor, Sunil Chopra, has chosen King’s College Hospital Charity, along with Blind Aid, as his charity partner.

In his inauguration speech at Southwark Cathedral on Saturday, Sunil spoke of the incredible care his wife Varsha received from King's College Hospital during a frightening illness, which included a period of sight loss lasting for five days. He describes the experience as “traumatic” and says it was “horrifying and worrying for the whole family”.

This is why the new Mayor has chosen to support King’s over the coming year. “We were grateful to have access to some of the best care in the world from King’s College Hospital. We will never forget this,” he promises.

Sunil is no stranger to fundraising: in his previous stint as Mayor in 2014-15, he raised £60,000 for a local homelessness charity. He looks to raise even more money this year as the pandemic has highlighted the importance of healthcare for everyone.

He says, “Varsha and I have particular reason to be thankful for the incredible support we've received when we really needed it. I'm determined to break my own fundraising record this year, but I also want to use my role to raise awareness for those who may not have a voice of their own."

Gail Scott-Spicer, King's College Hospital Charity Chief Executive, said: "We are thrilled to be one of the Mayor’s chosen charities. In our local communities you don’t have to go far to find powerful stories of the difference King’s care has made. As a charity we’re here to take that care further and find new ways to improve how people experience King’s hospitals. With the Mayor’s support, we look forward to bringing the Southwark community together over the coming year to make the best care possible."

Thanks to our generous supporters we have been able to refurbish the children’s Emergency Department at Denmark Hill, support King’s pioneering Volunteering Programme, fund research and cutting edge facilities, purchase the latest healthcare technology and so much more.

Let's go the extra mile! Sign up here for the Great Hospital Hike and every step you take will be a step with friends, a step into your local community, and a step forward.