A seemingly innocuous sickness bug was the likely trigger for a catastrophic series of events that left Molly Plavenieks, aged four, fighting for her life. 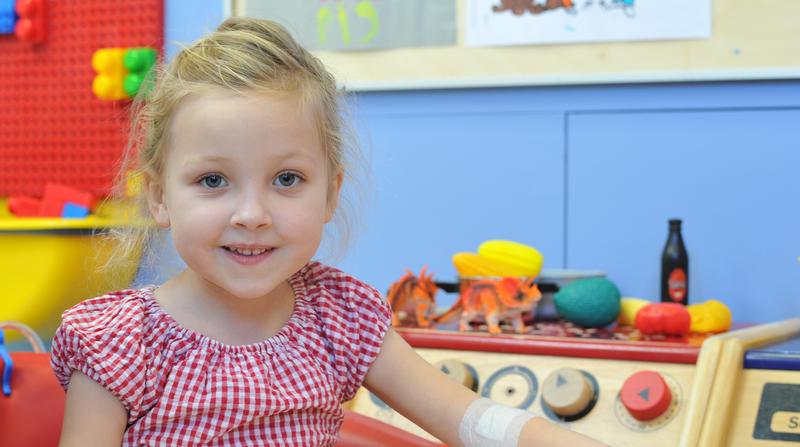 Just three days after visiting her GP in Hayling Island, Hampshire, Molly was rushed by ambulance all the way from the south coast up to King’s Liver Unit as her own immune system began to attack her liver.

She had developed auto-immune hepatitis which had, in turn, caused acute liver failure.  As her condition rapidly worsened, toxins in her body began to affect her brain and Molly had to be taken to intensive care and put on a ventilator.

But Molly’s life was saved when she and mum Fiona underwent innovative surgery known as an auxiliary liver transplant, a specialist procedure pioneered by King’s. This involved removing part of Fiona’s healthy liver and grafting it to Molly’s liver, effectively restoring normal liver function.

Just one month after their world had been turned upside down Fiona and husband Tez had got their bright and bubbly little girl back – and they could now make plans to go home.

“Everything happened so quickly,” says Fiona. “We simply thought Molly had contracted a particularly nasty bug that was proving hard to shake off. She was all set to go back to school but she was sick overnight and my husband noticed a very slight yellowing in her eyes. So we raised this with our GP and, as it was approaching the weekend, he referred us to our local hospital for blood tests. It soon became clear that there was a serious problem with Molly’s liver and the hospital got straight on to King’s. They told us that King’s were the absolute experts when it came to liver disease and from the moment we arrived at King’s we knew we were in safe hands. Everyone was amazing; they gave us so much information and so much support.”

Initially, doctors had hoped to stop Molly’s liver failure in its tracks with a course of steroids but as her liver function deteriorated plans for a possible transplant were quickly put into place. 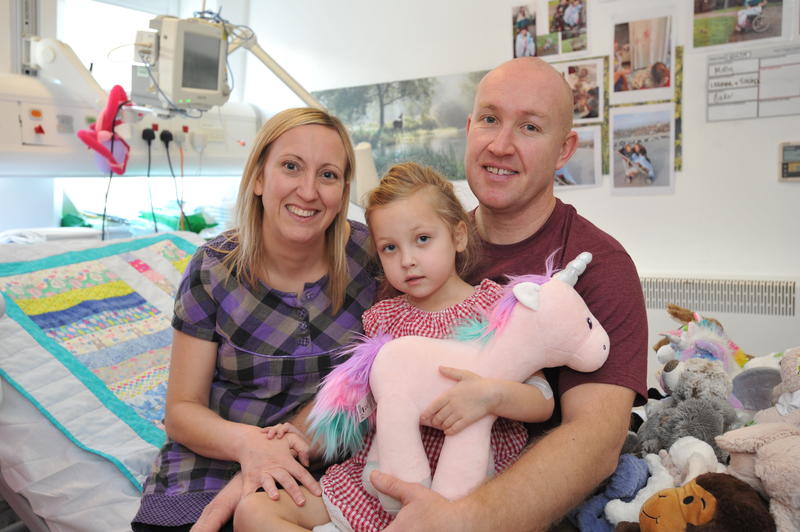 Molly with her parents on Rays of Sunshine Ward

“The minute that Molly’s liver levels deemed that she needed a transplant staff literally ran down the corridor to get her onto the transplant list,” says Fiona. "The speed and the way that the transplant process was put into place for Molly and for me was an absolute credit to all the teams working together here. Within hours I’d had blood tests, ultrasound scans, X rays and a CT scan; I’d met with the anaesthetists and two surgeons and we were quickly given the go ahead for our transplant operations to proceed. We knew we had to save Molly’s life but the hardest thing for me was I knew I couldn’t be at her bedside after her operation which was very, very tough. But staff were extremely supportive and as soon as I was medically able I was brought up for short visits in a wheelchair so I could be with her in the very early days of her recovery. This was so important to me.”

Being so far away from home with a desperately sick child can pose many practical problems, such as finding a place to stay. But the family were able to use a nearby flat, managed and funded by generous King’s supporters.

“We just couldn’t have coped without the flat,” says Fiona. “It enabled both of us to stay with Molly throughout her treatment and it meant that we could get vital rest. My sister was also able to stay and effectively be my carer as I recovered from my surgery. This meant that Tez didn’t have to leave Molly’s bedside.” 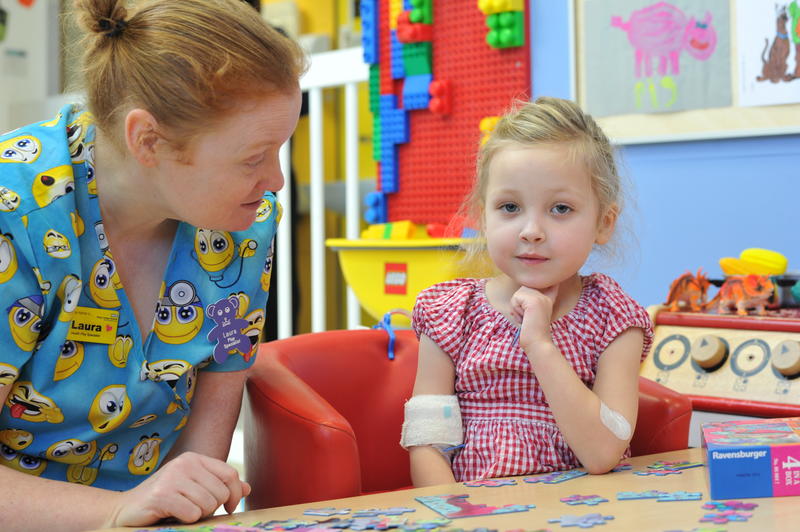 Hope for the future

In time, Molly’s own liver may recover so effectively that her body will be less reliant on Fiona’s liver tissue. This may mean that her anti-rejection (immunosuppressant) drugs can be gradually withdrawn.

“We are so grateful to every single member of staff for their care and incredible kindness,” says Fiona. “They thought of everything, even introducing play to help normalise the situation for Molly and to aid her recovery. It’s not just one thing that makes King’s special – it’s a million things. Having so much support through such an incredibly difficult time was so heartening for us and to know that we have ongoing access to this amazing team of individuals gives us so much confidence moving forward.” 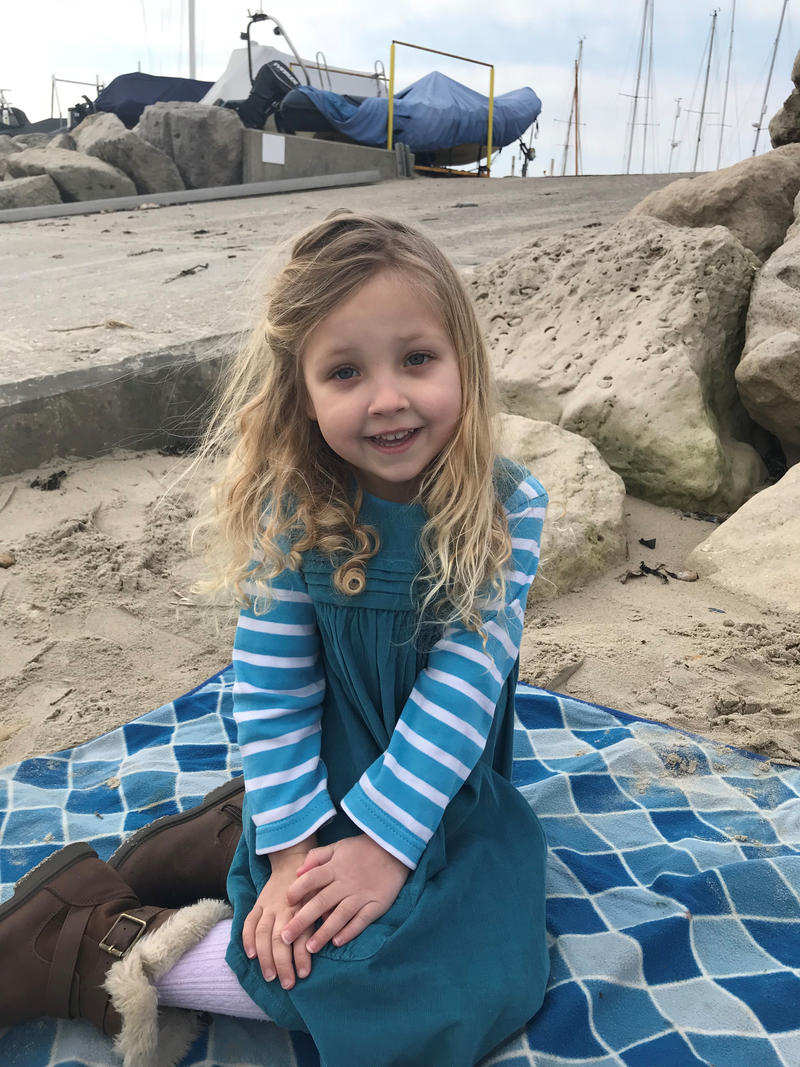 Molly enjoying time at the beach while recovering after her operation 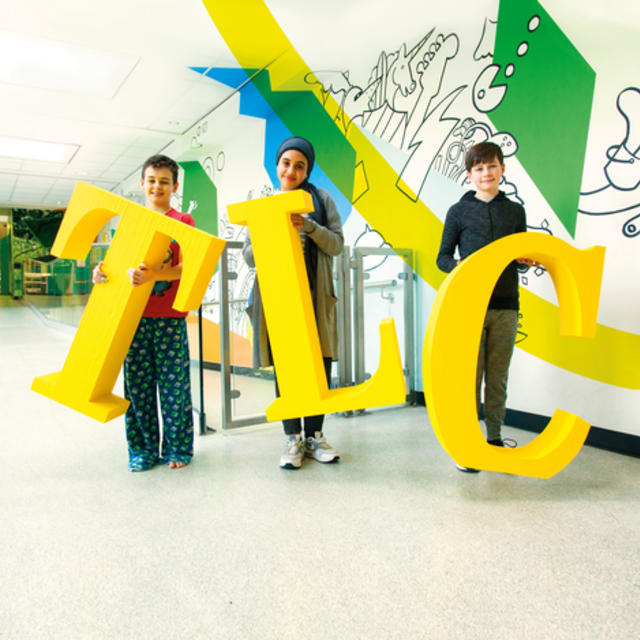 
The TLC Appeal will transform liver care for children and young people. We need to raise £1.5 million to advance research, buy cutting-edge equipment, rejuvenate the environment in the hospital and provide vital support networks for children and families.