Kanayo Dike-Oduah will be forever grateful to King’s for saving her sight – and now she is on a mission to raise awareness around the urgent need to improve disease diagnosis for people of colour. 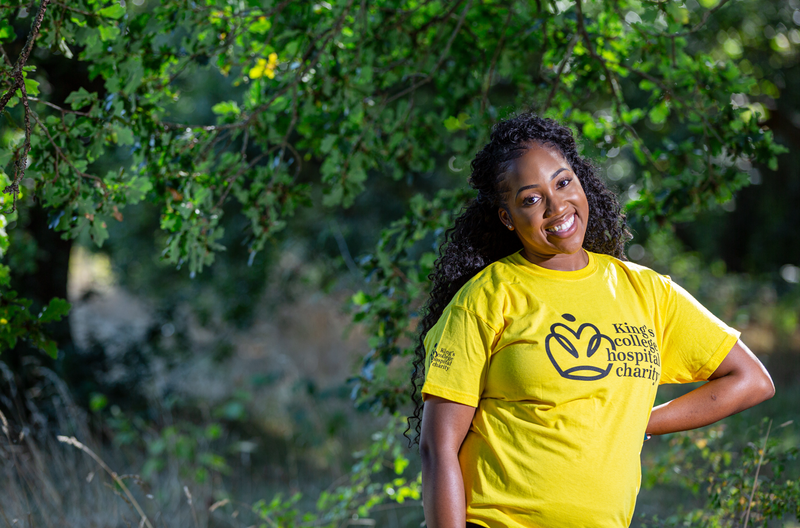 Two years ago, Kanayo almost died after she was not able to receive a conclusive diagnosis for Stevens-Johnson Syndrome from her local hospital because they didn’t recognise the symptoms of the rare condition on her skin.

Stevens-Johnson Syndrome was finally diagnosed after a doctor at another A&E unit identified that it had been triggered by an reaction to pain relief medication given to Kanayo after a wisdom tooth extraction.

SJS attacks the eyes, the skin and the tissue that lines the digestive system (known as the mucous membrane). At one point Kanayo’s vision reduced to 30% but eye specialists from King’s College Hospital were called in to save her sight.

“I am so grateful to everyone at King’s for the immediacy of care I was given, their expertise and the way they explained everything to me and my family,” says Kanayo who is Head of Psychology at Hayes School in Kent.

“They reassured me all the way through, and even though I was scared I felt safe under their care. I think that was the most important thing, feeling safe, especially after being turned away by other medical professionals on several occasions.” 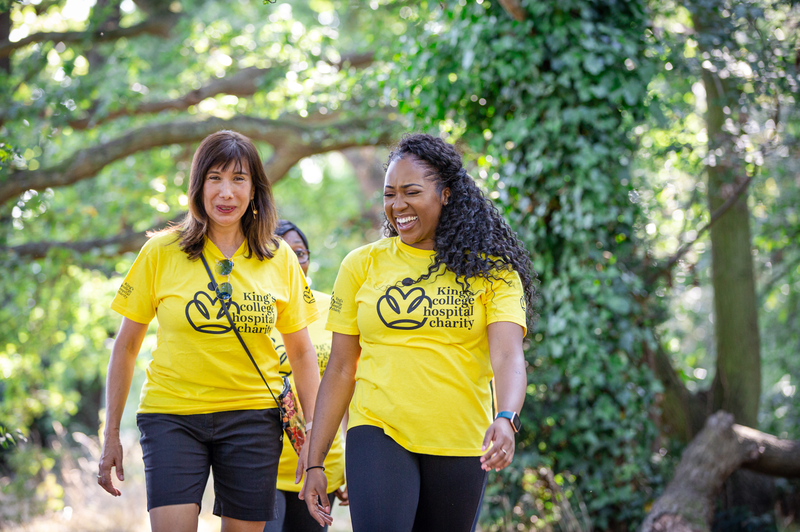 Kanayo’s problems began after she was prescribed carbamazepine to treat prolonged pain following a wisdom tooth extraction. The pain persisted and Kanayo began to develop scaly skin on her shins and bumps on her tongue as her body reacted to the drug, triggering the syndrome. These symptoms weren’t picked up as a sign of an adverse reaction to the drug and Kanayo was instead advised to increase the dosage from one tablet a day to two.

“When I increased the dosage to two tablets that’s when the reaction really started to show externally. What I didn’t know was that internally the lining of my digestive tract and the membrane around some of my organs was wasting away,” says Kanayo.

“I went to A&E because I had developed a puffy face, swelling underneath my eyes and puffy red lips. They gave me antihistamine and sent me on my way. The day after it started to look like my lips had cracked open. The swelling under my eyes had increased and it was now painful to touch. I had hair extensions but I had to take my braids out because my scalp literally felt like it was on fire.

“I went back to the same A&E department because my eyes had started to produce mucus and my mouth was all ulcerated inside.

"They suspected I had tonsilitis and conjunctivitis and gave me steroids and antibiotics. I’m a fastidious person so when I began taking carbamazepine, I started to keep a pain diary and record the number of tablets I was taking.

"I did mention this to the medics but I don’t think they made the link between me as a black woman and a potential problem with the drug because virtually all of the images in medical textbooks are of white skin.”

As Kanayo’s condition worsened she moved out of her flat and moved in with her mum Hilda Nwokedi, a Specialist Midwife at King’s. But when Hilda had to work a night shift, she didn’t want Kanayo to remain at home alone and so dropped her off at her sister’s house.

“By now I was struggling to breathe and the capillaries in my palms has burst so they were red and sore and painful to touch.

"My auntie took one look at me and called the paramedics. They gave me paracetamol which I couldn’t even swallow.” 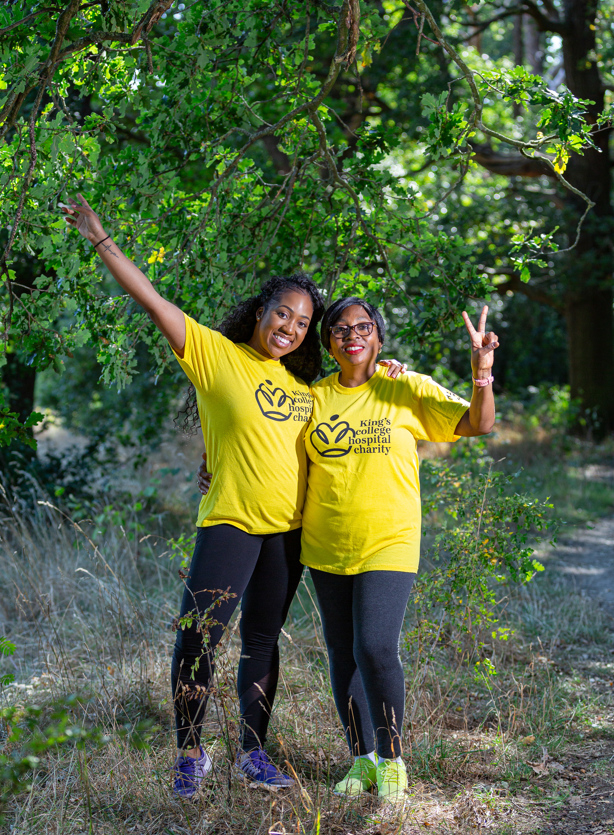 Kanayo's mum, Hilda, is a specialist midwife at King's

“At that point I had kind of  given up. I was keeping documentation of what I looked like because I thought to myself, ‘If I’m going to die, I want people to know exactly what has happened to me’.

"I sent some of those photos to my younger sister and said, ‘can you pop into any pharmacy and show them what I look like and ask them what they would recommend for someone who is going through this while on these medications?

"My sister showed the photos to a pharmacist and they said, ‘You need to get that person to a hospital; they look like they’re having a drug reaction’. That was the first time that I thought,‘ could I be reacting to medication?’.

"So my sister rushed back and took me to Queen Elizabeth Hospital in Woolwich and as soon as I walked through the A&E doors my body literally gave up. The next moment I woke up, having been resuscitated and my sister was in tears because they had told her that they weren’t sure if I was going to make it’.

"I found out later that if I had waited another day I probably would have died.” 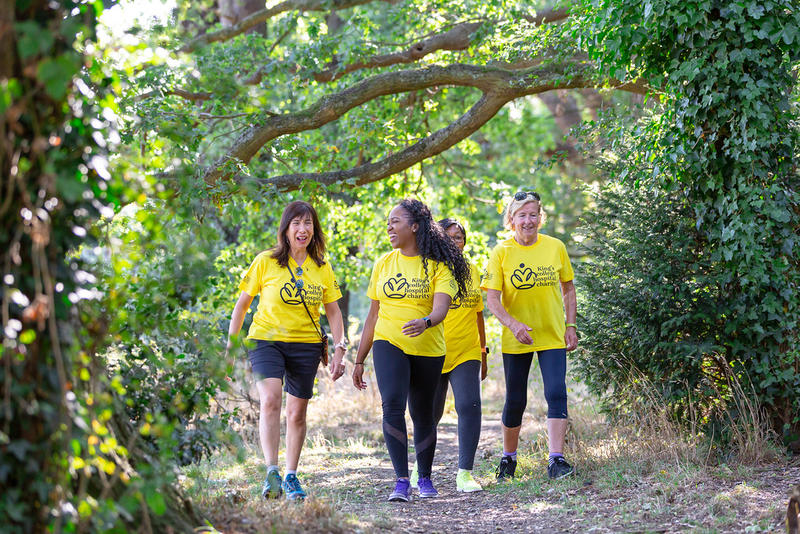 Doctors initially suspected that Kanayo might have contracted a contagious tropical disease and put her in isolation, but another medic suspected a drug reaction and finally identified SJS.

“I think the fact that the doctor was a black woman played a part in the diagnosis because if you see someone who looks like you, you are going to be more familiar with how a rash may present on the skin. But many black dermatologists and doctors have said that in their training they’re not trained to identify what diseases look like on darker skin and sometimes they even struggle to self-diagnose for that reason,” says Kanayo.

Despite her ordeal, Kanayo is determined to share her story in order to help other patients and support the medical profession. She is now working with health professionals and universities to help them update the medical curriculum, think more about the health needs of darker skinned people and ensure that many more images of darker skin are included in medical textbooks.

Her efforts have already resulted in the British Association of Dermatologists increasing the number of non-white skin images from one to 18 in one of their publications and she’s now part of their patient voice group. 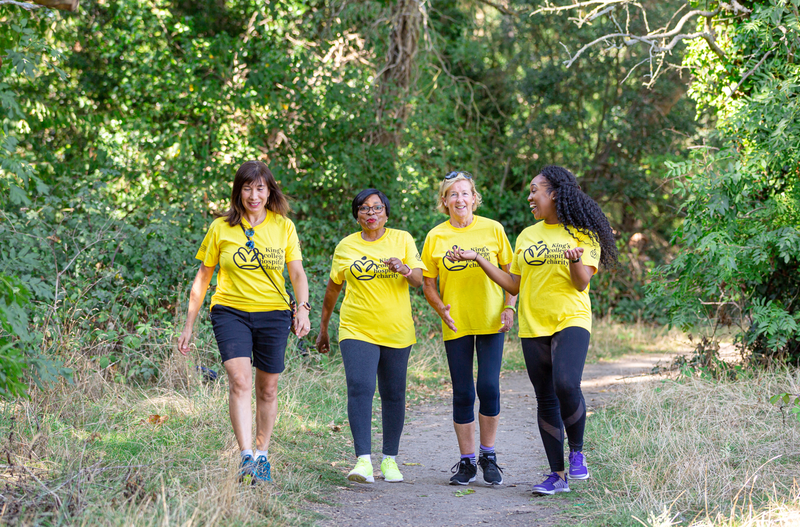 “My main mission is to try to get medics thinking early on about how their curriculum may not be as inclusive as they had hoped it to be and also to encourage them, especially those of them considering remaining in the research field, to consider conducting research on darker skinned people, especially concerning dermatology,” says Kanayo.

“Having an undiagnosed life-threatening illness was extremely frightening  but looking back, I’m thankful that it happened to me because I am now able to use my experience to bring about some form of change. But also, with my mum being in the medical profession and my sister training to be a nurse. I’m really grateful for our medics and all that they do for us.”

Kanayo is a keen supporter of King’s College Hospital Charity, and in September 2021 took part in the inaugural Great Hospital Hike along with her mum, Hilda.

Stories like Kanayo's are a reminder to celebrate other inspirational fundraisers who have gone the distance for King's.

The Walkers walk for Amelie

"By raising money for King's, we would like to make a small contribution to ensuring that children from across the UK, Europe and further afield can benefit from world-leading liver care at King's.”

For the love of Evie

Matt Paxton and Simon Hagger are on a mission – to raise £100,000 for the hospital that saved Evie Dove’s life. The pair has already raised almost £20,000 for King's after completing two gruelling endurance events in July. Now they want others to join them to keep up the momentum and help them reach their ultimate fundraising goal.

"After the surgery, the consultant looked at me and said, 'you’re the luckiest bloke I have ever met!'"