The time taken for patients to get specialist trauma treatment at night has been dramatically shortened, with King's College Hospital becoming the first Major Trauma Centre in London to have a fully operational 24/7 helipad. The helipad was funded entirely through donations, thanks to the HELP Appeal.

An air ambulance landing on the helipad at night

Since it opened in October 2016, the helipad at King’s has been operational between the hours of 7am and 9pm. Any patients requiring specialist trauma treatment and care outside these hours have been brought to King's via road ambulance, which could take up to two hours for patients on the Kent coast.

With the extended operating hours, patients in the hospital’s catchment area of south-east London and Kent can now be airlifted to King’s in less than 30 minutes at any time of the day or night – something that could make the difference between life and death for seriously injured people.

“A 24/7 helipad at King’s is a game-changer for patients in south-east London and Kent as time is absolutely critical when it comes to treating trauma patients", said Dr Malcolm Tunnicliff, Consultant in Emergency Medicine and Major Trauma at King’s College Hospital.

"Those with head injuries, multiple fractures or significant blood loss require timely treatment by a specialist team with the right equipment. The air ambulance crew can now administer emergency care on scene and, in less than half an hour, transfer patients to a specialist trauma hospital, which is the most appropriate place for them to continue to receive care.

"The speed of getting patients into specialist care provided by King’s can be the difference between life and death.” 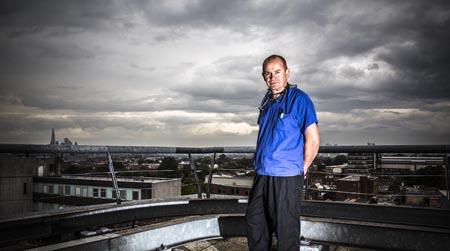 “Having a helipad operating 24/7 at King’s will greatly enhance the service we can provide to our patients", added Dr Helen Bowcock, Chair of Air Ambulance Kent Surrey Sussex.

"Previously we had to rely on road ambulances if patients needed to access the specialist trauma services provided by King’s during night-time hours. With a round-the-clock helipad now operational, journey times will be cut by some three-quarters, ensuring seriously injured patients receive timely care 24 hours a day, seven days a week.”

Patient numbers have been tracked since the helipad opened more than two years ago. It is anticipated there will be up to two night-time landings per week at King’s.

"It provides equity of access for patients across Kent so they can get the same timely care as patients in London.” 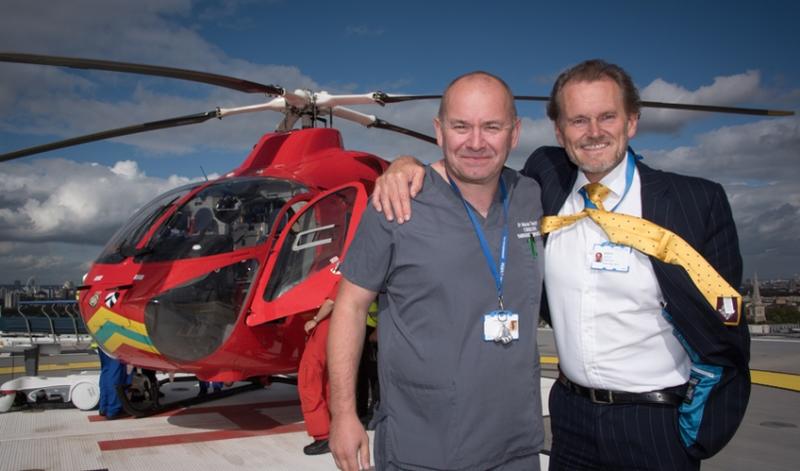 Rob Bentley (right) on the helipad

King’s helipad was funded entirely through charitable donations and only made possible thanks to the hospital’s generous supporters, King’s College Hospital Charity and the HELP Appeal. The operational costs for the extended service will be covered by Air Ambulance Kent Surrey and Sussex.

Our helipad was funded by the donations of thousands of supporters and a contribution from the County Air Ambulance HELP Appeal.

In the 2021/22 financial year we have continued to support King's response to the ongoing COVID-19 pandemic, while simultaneously pressing forward with key developments to help take care further.