Helen Doyle was rushed to King’s College Hospital A&E from her local GP surgery in late October 2016. Helen, a keen runner, had been struggling to walk due to cramping in her legs but had assumed it was pulled muscles and ignored it. She went to the GP when it became nearly impossible for her to walk and her feet went numb. Doctors at King’s quickly found that the main arteries going to each of Helen’s legs were completely blocked with blood clots. 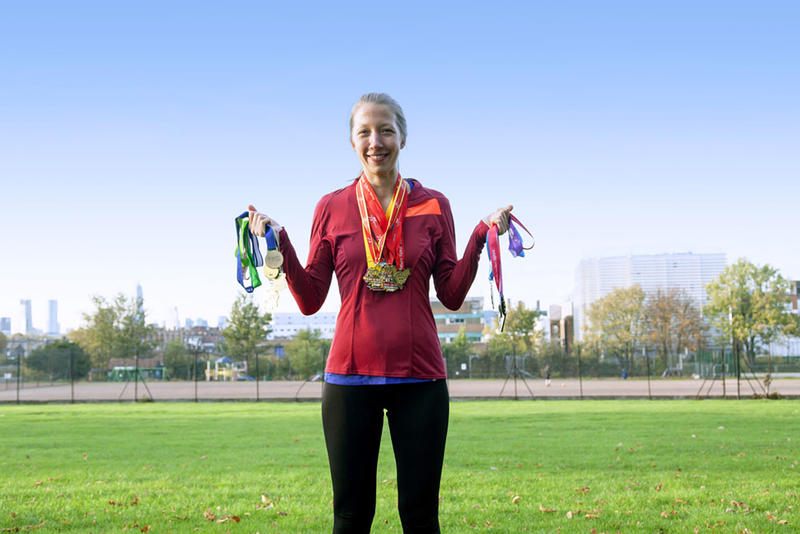 After a full body CT scan, Helen, who was only 25 at the time, was told that the clots had most likely formed in her heart and travelled to other major organs. It was a race against time as, left untreated, the clots could cause a heart attack or stroke.

Helen was no stranger to life saving surgery, having been diagnosed with a hole in her heart at 21, which she had unknowingly had since birth. Her condition deteriorated and when she was 23 she had open heart surgery to repair the hole and a valve. To the astonishment of surgeons, 15 months later she ran the London Marathon.

Following the CT scan, specialist surgeons told Helen that they would like to try a minimally invasive procedure which only had a 50% chance of success due to how long the clots had been there. If it didn’t work, the only other option would be bypass surgery on both legs meaning that it would be highly unlikely Helen would be able to run again.

Helen agreed and underwent four surgeries in four days, spending five days in King’s critical care unit. It was touch and go as Helen was awake during the operations and had to lie perfectly still, as her arteries were open while the surgical team tried to unblock the clots from her legs.

Thankfully, the surgeries were successful. Helen’s legs had been saved but she had to learn to walk again, with the help of the nursing and physiotherapy teams. It was a traumatic time and Helen didn’t know how long she would remain in hospital, or whether she would be able to go home to spend Christmas with her family.

Christmas is a busy time at King’s College Hospital but Helen remembers how the staff were always available and made the ward feel festive, even helping her decorate her walking stick with tinsel. Helen says of her time at King’s:

“The overriding light from the whole experience was the nurses and doctors in Jack Steinberg critical care ward and throughout the hospital at King’s. They were all incredible and I felt completely overwhelmed with gratitude for how they treated me and my family. They didn’t treat me like I was just another patient, they asked me questions about my life and ambitions, they spoke to me like I was their friend, shared jokes with me and explained what was happening in terms I could understand.” 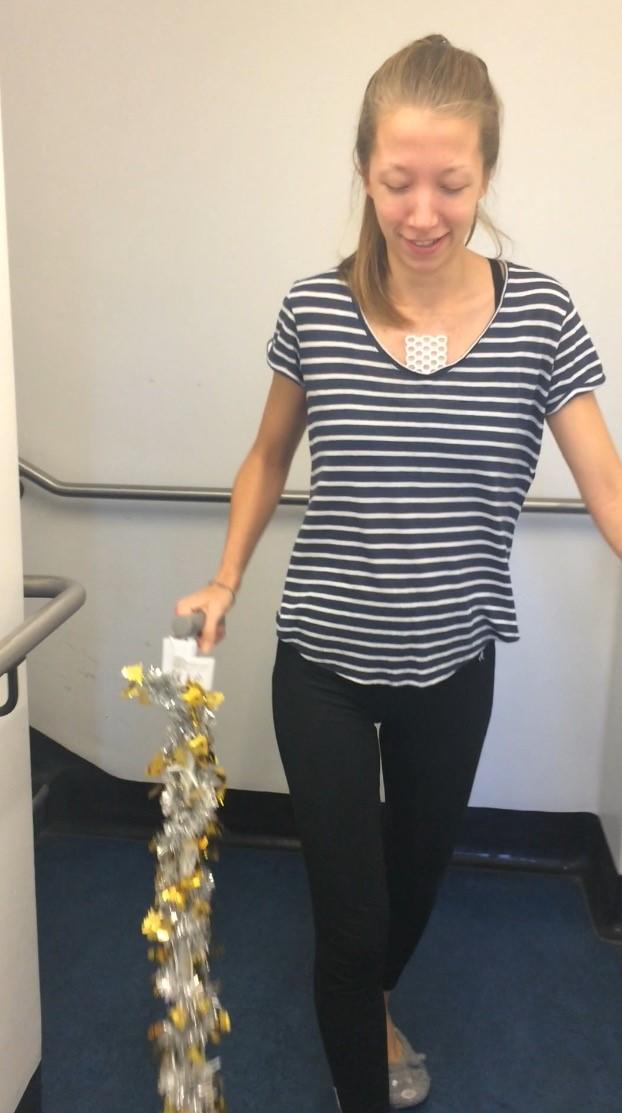 After 19 days in hospital, Helen was discharged in time to go home for Christmas. Helen was so grateful for the care she received at King’s, she decided to honour the team who saved her legs by running 19 races, ranging from 5k to half marathons – one for each day spent in hospital. Fundraising for King’s College Hospital Charity was Helen’s biggest goal throughout her recovery in 2017, as a way to say thank you for the amazing care she received.

“I count my blessings every single day for our wonderful NHS and the skill of the vascular team at King’s, who managed to save my life and both my legs, they are one of the only units in the country to offer such specialist treatment.” 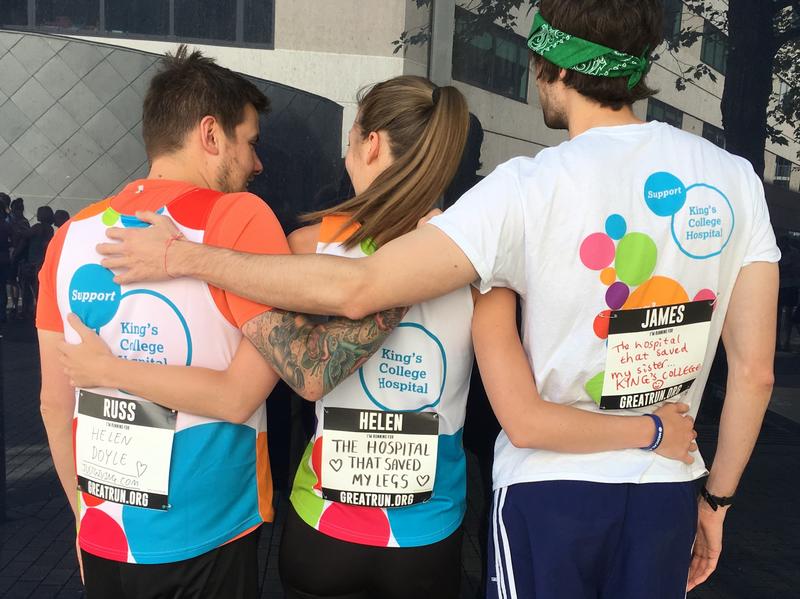 Helen with her supporters

Nothing can prepare you for the news that your child could die. Back in 2016, Bayo and Bola Mabo had no inkling of the terrible threat their family would soon face. Two of their children, Sam and Zoe, were at university and their 14 year old son, Michael, was studying for his end of year exams; filling every spare moment with his other passions of music and sport.

Liam Hills couldn’t wait to leave the Children’s Liver Unit at King’s in February. A transplant operation earlier that month had given him a new lease of life and he wanted to get outside and start living it – especially as his discharge date coincided with his 8th birthday!