Arsenal fan Owen Chengun is using his love of football to help save lives. He organises annual football tournaments in his home town of Tadley, near Basingstoke, to raise funds for King’s Liver Intensive Care Unit (ICU). But his fundraising efforts don’t stop there.

A way to say thank you

Owen ran the London Landmarks Half Marathon for King's College Hospital Charity in 2019 and hopes to take on bigger challenges over the next few years.

“I want to cover the cost of my care and I want the money to go directly to King’s Liver Intensive Care Unit,” says Owen.

"I was in a coma for three weeks and they effectively saved my life.” 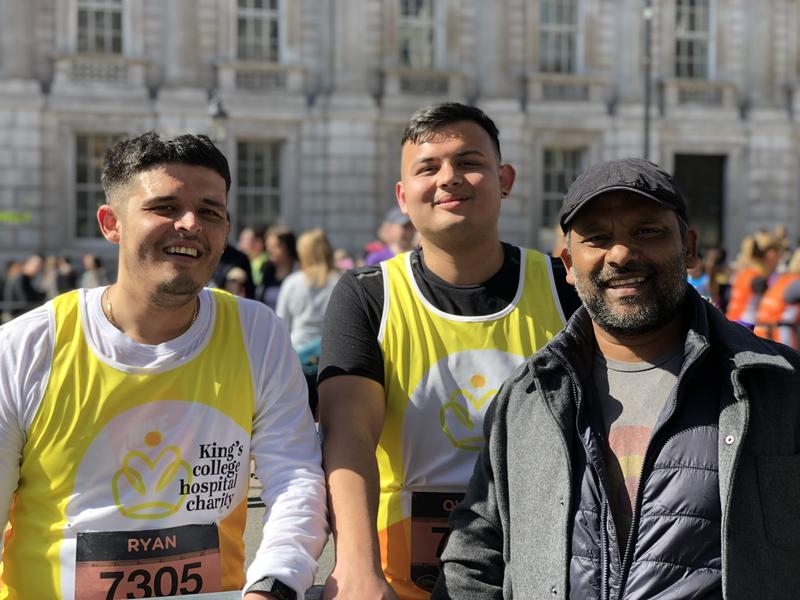 A family of fundraisers

Owen’s fundraising efforts are a true family affair. He became seriously ill in April 2017 and just three months later, to mark his 18th birthday, his mum and nan organised a giant tea party in aid of King’s. This inspired him to organise his own event and in April 2018 he held his first football tournament with family and friends.

“Football is something I’m really passionate about and I thought it would be a great way to get a lot of people involved,” says Owen, who is studying Football, Business and Marketing at University and aspires to eventually work with elite level players.

“We started off with ten teams and it was a great success, and when we did it again in April 2019 we got 14 teams together with players ranging in age from 14 to 40 plus. My dad, brothers and uncles took part and a lot of the community got involved too. A local school let us use their facilities for free so we were able to play on a full-size pitch and my team played in King’s College Hospital Charity t-shirts.

“Everyone now looks forward to the tournament so we’ve decided to make it an annual event.”

Owen’s older brother, Ryan, completed our half marathon with him this year and his youngest brother also hopes to run with them when he’s old enough to take part in long-distance races.

“We’d never done a long distance run before so we trained for the half-marathon over a period of time,” says Owen.

“The charity sent me a fundraising pack with a training programme and my Consultant Dr Willars also gave me a few tips and a lot of encouragement.

“The first few miles were fine but coming towards the end it was really tough – but really fulfilling.” 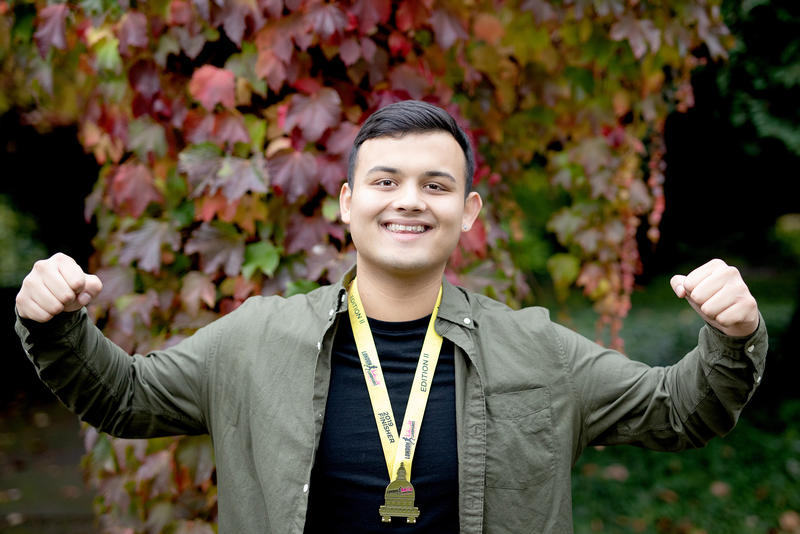 Owen now has his sights set on bigger challenges over the next few years, including a full marathon and a possible sky dive. He may even consider taking on more gruelling events such as endurance marathons or a cross channel swim, once all the necessary preparations and training has been completed.

“My goal is to raise as much money as possible for King’s Liver ICU,” says Owen.

“They do such amazing work and it’s so important that they get all the money they can, especially with all the widely reported budget cuts.”

London's most iconic race returns in 2023. Register your interest in running for #TeamKings now.

Dashing in a Winter Wonderland

Our King's Santa Dash virtual event has come to a close, and we're pleased to announce our supporters have raised over £8,000 for our hospitals.  A huge thank you to all those who took part in this virtual 5k walk, run, or jog.