Nothing can prepare you for the news that your child could die. Back in 2016, Bayo and Bola Mabo had no inkling of the terrible threat their family would soon face. Two of their children, Sam and Zoe, were at university and their 14 year old son, Michael, was studying for his end of year exams; filling every spare moment with his other passions of music and sport. 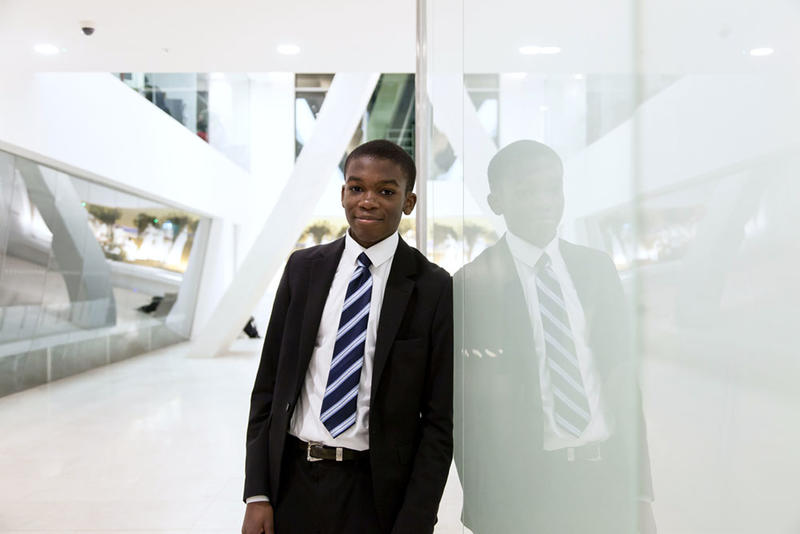 The family had always put an emphasis on healthy living and Michael and Bayo had recently completed a 5k run together. So when he started to feel tired all the time Bayo and Bola just put it down to the pressures of school. Then Sam commented on how yellow his brother’s eyes were looking and as Michael wasn’t getting better, his parents took him to a nearby hospital for a check-up. They were told to keep an eye on him and bring up back in three weeks.
But Michael’s health went downhill rapidly. Just one week later he was being rushed to King's in an ambulance, with the sirens blaring.
Bayo drove to the hospital as fast as he could and rushed to the high dependency unit. His son, who’d seemed so fit and healthy, was almost unrecognisable. Michael couldn’t stand and was confused and agitated – nothing like his usual gentle self. The doctors told Bayo and Bola that this was due to toxins in his body affecting his brain, because his liver was damaged.
Before there was time to process this shocking news, the Mabo's learned that Michael needed to be put into a coma and on dialysis as his other organs were under massive strain and his kidneys were failing. A few hours later, they were told that their son would be dead within 24 hours unless he had a liver transplant.
Bayo says:

"I broke down completely as I realised that Michael might be taken from me overnight. I remember saying, ““I don’t want to lose my son. He’s got his whole future ahead of him.”" 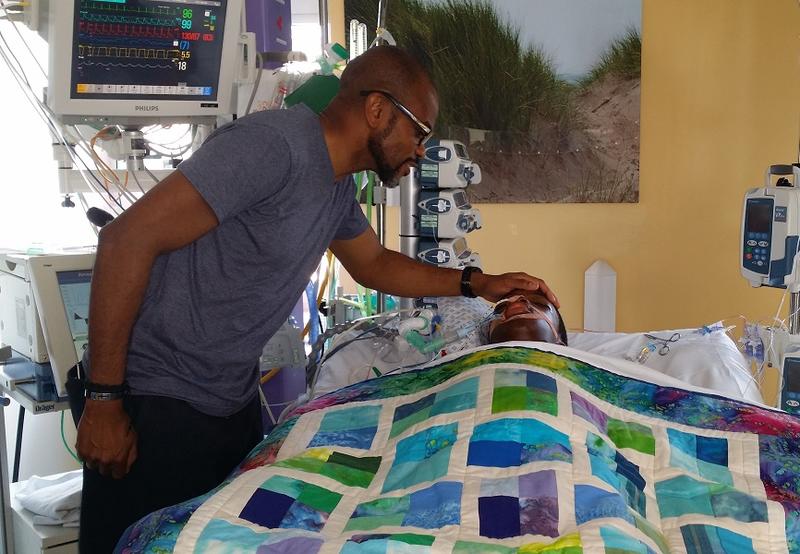 Bayo with Michael on the Children's Liver Ward

The team at King’s were doing all they could to save Michael and a nationwide search for a suitable donor liver began. But time was running out and every moment matters when a child is waiting for a liver transplant. Michael was one of the lucky ones. Bayo was on standby to donate some of his liver but against all odds, a suitable donor liver was found the next day and the transplant was given the go-ahead.
Michael underwent nine hours of surgery. The operation was successful but doctors had to find out if Michael’s brain had been irreparably damaged once he was conscious again.
Bayo says:

"Words can’t describe how overjoyed we felt when Michael finally opened his eyes and said, "“Why am I here?”" When he said he was hungry and thirsty we knew our boy was on the road to recovery!"

Getting back to normal took time, but day by day Michael improved.
Bayo reflects on the care Michael received:

"Everyone on the ward – from the consultants who explained everything to us patiently, to the dietician and physiotherapist who helped Michael build up his strength – played a part in bringing Michael back from the brink of death. I’ll never forget how wonderful they all were."

Despite missing the whole term due to his illness, Michael sat his GCSEs the following year as planned and got ten A stars. Michael has now set his sights on Oxbridge.

Liam Hills couldn’t wait to leave the Children’s Liver Unit at King’s in February. A transplant operation earlier that month had given him a new lease of life and he wanted to get outside and start living it – especially as his discharge date coincided with his 8th birthday!

A seemingly innocuous sickness bug was the likely trigger for a catastrophic series of events that left Molly Plavenieks, aged four, fighting for her life.