Hosanna has spent the last five years working in the field of medical research at King’s College Hospital. With the brand new Wellbeing Hub now open at King’s, Hosanna looks back on when she was redeployed during the pandemic to provide mental health support to colleagues working on the front line. 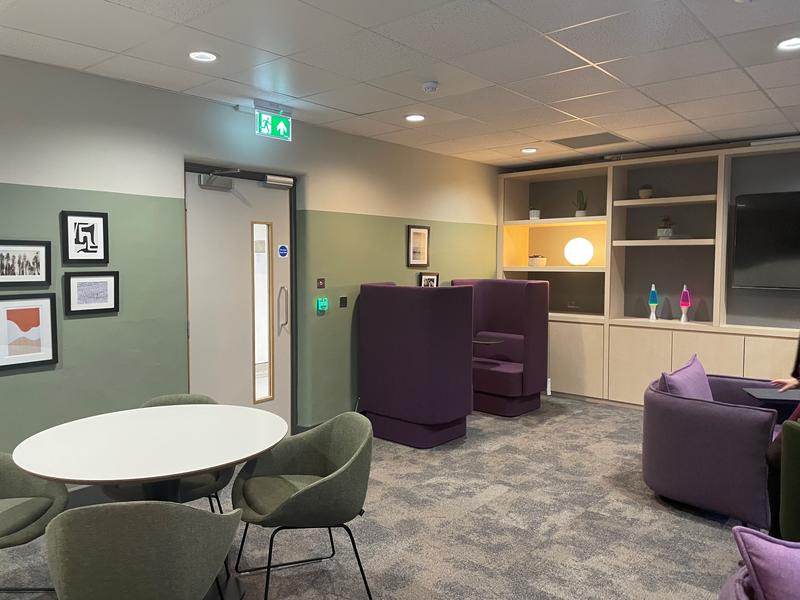 Hosanna is a cardiac research facilitator and has spent the last five years working for King’s College Hospital. During the pandemic, she was redeployed to the King's College Hospital Board Room.

The Board Room became a temporary wellbeing space – a warm and welcoming area, where staff could seek respite away from the wards.

In the beginning, the space was the central point for the thousands of public donations that came pouring in through the Charity's Hospital Heroes Appeal. From toiletries, to food, to clothing, Hosanna helped manage the distribution of thousands of items.

“On one particular day, we had 3000 fresh meals delivered – we worked so hard to make sure every meal was distributed. Nothing went to waste!" she remembers.

“While the cafes and communal spaces were closed, the space was somewhere staff could sit and have a break.

“But, honestly, it was so much more than that – the space was a safe haven.

“King’s staff were under enormous pressure during the pandemic, especially during the first and second waves.

"Having seen what they experienced on the front line, it was so rewarding to be able to work in the temporary wellbeing space as a mental health provider and provide support when it was needed.” 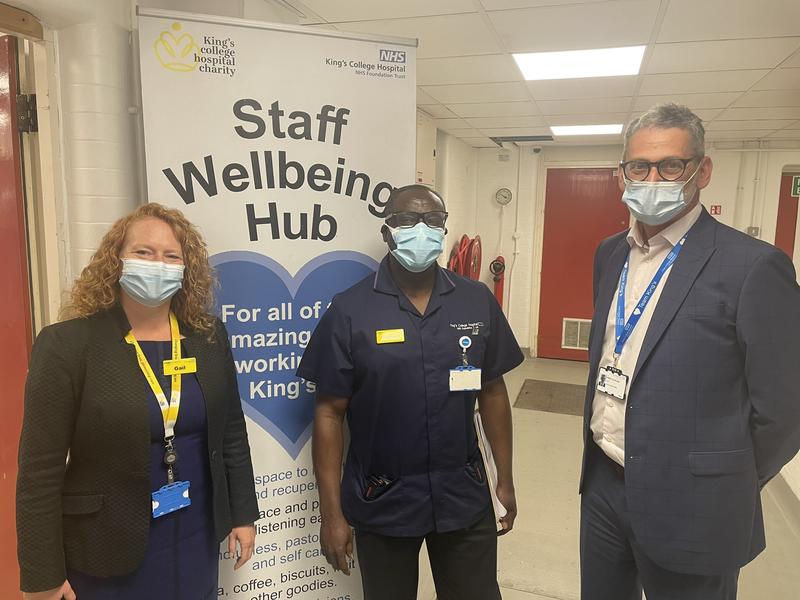 The temporary wellbeing space was an essential space for all staff and, as such, King's College Hospital Charity was committed to making sure it became a permanent fixture at King’s.

Having secured funding through a charitiable grant from NHS Charities Together, Monday Charitable Trust, and supporter donations, King's College Hospital Charity is immensely proud to announce that the permanent Wellbeing Hub at King’s College Hospital has now officially opened and is ready for use.

The newly refurbished space is a calm and relaxing area away from the wards. The hub has a kitchenette and coffee machines, as well as soft lighting and comfortable furniture that can be reconfigured for various group sizes and activities, such as yoga and meditation classes.

It will be run by a health and wellbeing team leader and two wellbeing facilitators, as well as supported by volunteers. Staffed from 9am to 5pm Monday to Friday, the space will be open to staff with secure access 24 hours a day.

“The hubs help build morale and foster moral support between colleagues,” says Hosanna.
“Here, they have the opportunity to talk to each other, as well as the mental health providers.

"King’s is an amazing place to work, and having this safe space to unwind and support each other definitely makes it a bit easier to cope.” 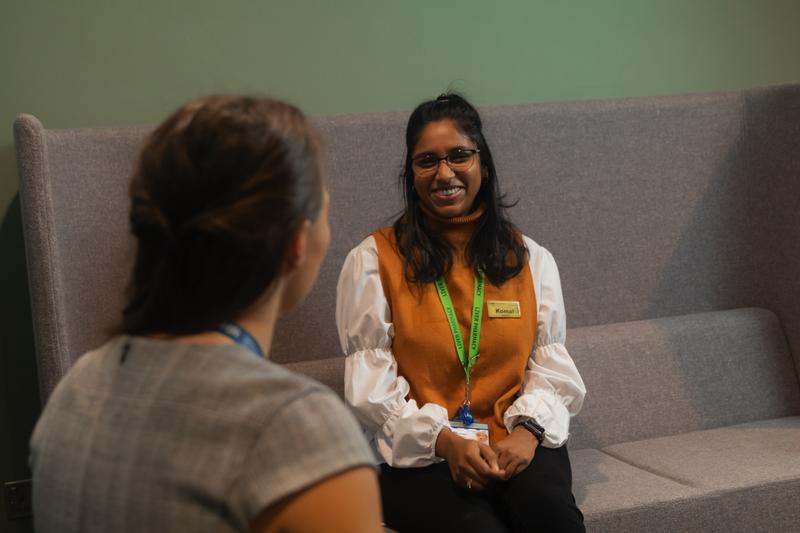 Mum on a mission

Super-mum Karen is going the distance for King's to say thanks for looking after her brave little boy, Zion, who was born with spina bifida and hydrocephalus.