A centre of world-leading research

The Alex Mowat Paediatric Research Laboratories are found alongside the Variety Children’s Hospital at King’s. Researchers focus on children’s liver disease and acute liver failures, but work is also carried out there on respiratory medicine, gastro-related disorders, sickle cell disease and neuroscience. The £1.2m laboratories, which opened in September 2016, have been funded entirely through charitable donations.

“The labs help us develop new therapies and treatments, which benefit children locally, nationally and internationally. We are working on a number of exciting new research projects in the laboratories, which have been made possible by extremely generous donations from key supporters.”

- Professor Anil Dhawan, Director of the MowatLabs
The labs are named in honour of the late Professor Alex Mowat, who worked at King’s College Hospital for 25 years and pioneered new techniques and treatments, including the development of liver transplantation in children. 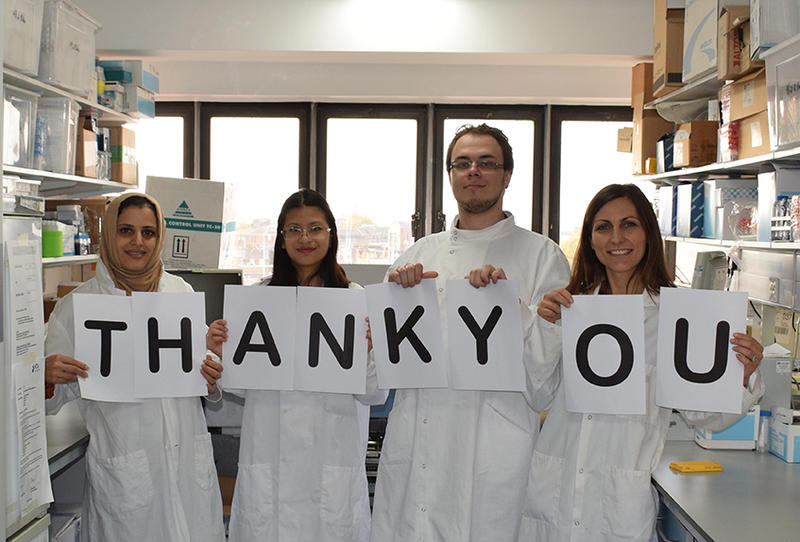 Staff in the Mowat Labs

The best and brightest

The MowatLabs bring together clinicians, researchers, nurses, surgeons and transplant specialists and include a dedicated teaching space. This attracts the brightest students and academics of the future to King’s to carry out research work that will continue to receive the Charity’s support in years to come.
King’s is a world leader in children’s liver care, treating more than 3,000 young patients and performing more than 60 transplants each year. Many breakthroughs in liver care have come from work carried out at King’s.

"It’s not just one thing that makes King’s special – it’s a million things. Having so much support through such an incredibly difficult time was so heartening for us and to know that we have ongoing access to this amazing team of individuals gives us so much confidence moving forward.”